Mortis Cause Transmission of Family Business

Planning the transfer mortis causa of the family business is key to the continuity of this type of business. Although it is generally better to carry out the generational change in life, an unforeseen incident can truncate the natural rhythm of events. And it is essential to be prepared for it.

Not in vain, most family protocols include provisions in this regard. Such provisions usually affect inheritance commitments. Although, as we have seen in other entries about the transfer of the family business, an inheritance commitment will be useless if it is not voluntarily entered by the deceased in his will. Or if your successors agree on a different way to distribute the inheritance.

Regarding the second option, nothing can be done by someone who has already passed away. But what is in the hands of the partner is the regulation of their last wishes, whether or not they are in accordance with what is agreed in the family protocol.

For this reason, today we want to talk about the instruments that the partner has to regulate the transmission mortis causa of the family business. Or more specifically of its stock package.

We will influence two figures present in our Civil Code. In particular, the power to award the package of shares or participations to one or more of the successors (art. 841) and the privilege that the testator can avail himself of when making the partition of his assets in life if this affects the conservation of the company or the family interest (art. 1056).

The transmission mortis causa of the family business

The generational change is a critical moment for any family business. Incoming partners may not have the same business vision or interest in the firm as older partners.

Precisely for this reason it is common for the transfer of power to take place during the life of the outgoing partner. This allows a period of transition, in which both generations coexist and exchange principles and objectives.

There are numerous mechanisms to facilitate this transition in life without harming the parties. Although the transfer of the package of shares or participations would suppose a complete succession, these mechanisms avoid the damages that this operation would have.

Also the possibility that the chosen successor (when there is more than one candidate) is not the ideal one. Issue that can be saved by a rollback reservation.

These precautions can be foreseen in the family protocol, which will also contain safeguards in the event of the death of the partner. The problem is that family protocol cannot be superimposed on the freedom to test. Which implies that, ultimately, the will of the deceased will be the document that will govern the transfer mortis causa of the family business. The protocol will have no more effectiveness than, where appropriate, interpreting the last wishes of the deceased.

And we cannot forget that the freedom to test also presents an important obstacle: the legitimate one. Not even the will can harm the legitimate or forced inheritance, which will make at least two-thirds of the deceased's estate end up in the hands of his descendants (if any). How can the succession be ordered, then, respecting the limit imposed by the legitimate one?

The testamentary adjudication of lots of shares and participations (art. 841 CC)

Article 841 of the Civil Code allows the testator, or the accountant-party when he has been authorized to do so, adjudicate all or part of the hereditary assets to one or more of his children or descendants. For this, compensation in cash must be offered on the part of the legitimate that affects the rest of the forced heirs.

It is important to understand that this award is a power of the testator, and not an imposition on the beneficiary heir. That is, ultimately the effectiveness of the clause would depend on the acceptance of the incoming partner.

Accepted the provision, the heir would have to communicate to the co-heirs forced his decision to compensate in cash the part of his legitimate affected. As soon as you communicate this decision, you will have another one-year period to pay this compensation.

In this way, a tool is enabled that allows saving the legitimate in the distribution of the inheritance, facilitating the choice of one or more successors for the family business and maintaining the cohesion of the package of shares or participations.

Family interest and the preservation of the family business (art. 1056 CC)

As we have seen, art. 841 offers the testator an instrument to consolidate control of the shares and participations of the family business. The problem is that the incoming partner will have a relatively short time to compensate the rest of the heirs.

And this is where article 1056 of the Civil Code comes into play, which regulates a similar scenario, but specifically applicable to the death of the family business. In this case, the Civil Code allows the testator to divide his assets by an inter vivos act or by last will. If you do, the partition will be valid as long as it does not harm the legitimate of the forced heirs.

But, in case of doing so, compensation in cash will be allowed even with extra-inherited capital. A deferred payment will also be allowed for a period of up to five years from the death of the testator.

In addition to these obvious payment advantages, resorting to Section 1056 has other benefits. First, it is not an option for the designated successor, but can be imposed by the testator. And secondly, it does not require the approval of the affected heirs.

So far, we have analyzed the importance of the will to regulate the transfer mortis causa of the family business. We have also presented two instruments to avoid the limitations imposed by the legitimate regime.

Although these are not the only useful testamentary institutions to regulate this form of transmission (there are others of interest, such as inheritance trust), we consider that the importance of mastering the tools of Succession Law has been illustrated to adequately plan the transmission mortis causa of the family business.

Shareholders' agreements or agreements are instruments that regulate corporate matters or complement such matters, outside of official channels. These are useful tools to collect all those agreements that do not find a fit in the Company's Bylaws, given the applicable legislation.
See more 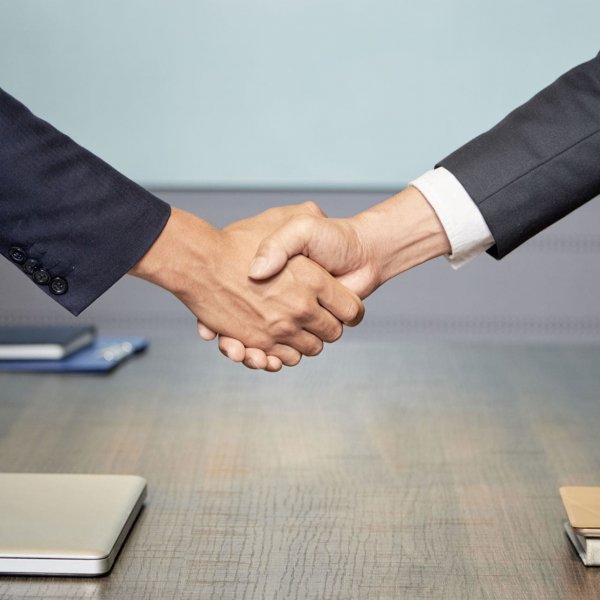